Up rising: the steampunk trend

Fleeting fad or enduring trend? You decide! All we know is that fans of the old-world-meets-future-world style are enjoying a boom in “steampunk” design.

We trace the Steampunk Trend back to 1870 when Jules Verne’s “Twenty Thousand Leagues under the Sea” imagines submarines before they existed. These submarines became an iconic “steampunk” example of technology ahead of its time.

Conversely, K. W. Jeter, an American science fiction and horror author known for his literary writing style, dark themes, and paranoid, unsympathetic characters, first coined the term “steampunk” in the April 1987 issue of Locus magazine. The subculture wasn’t visibly around until the 1990s and came into the limelight around 2008 with things like Jake Von Slatt’s Steampunk Workshop. Jake von Slatt is a maker, tinkerer, fabricator, and all around techno dilettante, interested in the blending of 19th century aesthetics and technology with the modern world. According to his website, The Steampunk Workshop, he steers clear of the temptation to rigidly define the term “steampunk,” but he nonetheless believes that it has something to do with the intersection of technology and romance.

For the unexperienced: rooted in the designs of the industrialised civilisation of the 19th century, “steampunk” began as a sub-genre of science-fiction and fantasy literature, inspired by the clothing, technology and social traditions of Victorian society which evolved into a lifestyle sub-culture, and eventually the retro-futuristic aesthetic and ideas inspired film, music, fashion, art and décor.

Based on an analysis of more than a half million public posts on message boards, blogs, social media sites and news sources, IBM predicts that “steampunk” will be a major trend to take hold of the retail industry. Major fashion labels, accessories providers and jewelry makers are expected to integrate a “steampunk” aesthetic into their product and interior designs in 2017.

According to IBM advanced analytics, the amount of “steampunk” chatter on social media since 2010 has increased 11-fold. As more and more retailers become “steampunk” savvy, IBM predicts that “steampunk” will shift from low production, high-cost “craft” manufacturing to mass production.

Yet an analysis by Richman/Laurel & Wolf, found that there is a renewed interest in original furniture pieces and mixing design styles to create a one-of-a-kind, simple yet eclectic look. Driven by the desire to be unique, we can expect millennials in particular to purchase more antiques, vintage and one-off pieces over the mass-produced furniture makers.

It’s further interesting to know that a survey of interior design experts conducted by Zillow, predict that certain aspects of the industrial design trend like exposed brick will still be present in 2017, however, homeowners will start to shy away from its sometimes uncomfortable or impractical furniture. Instead, the 2017 design aesthetic will shift toward “steampunk”, boasting rich leather and plush fabrics, combined with machine-like accents for a modern twist”. 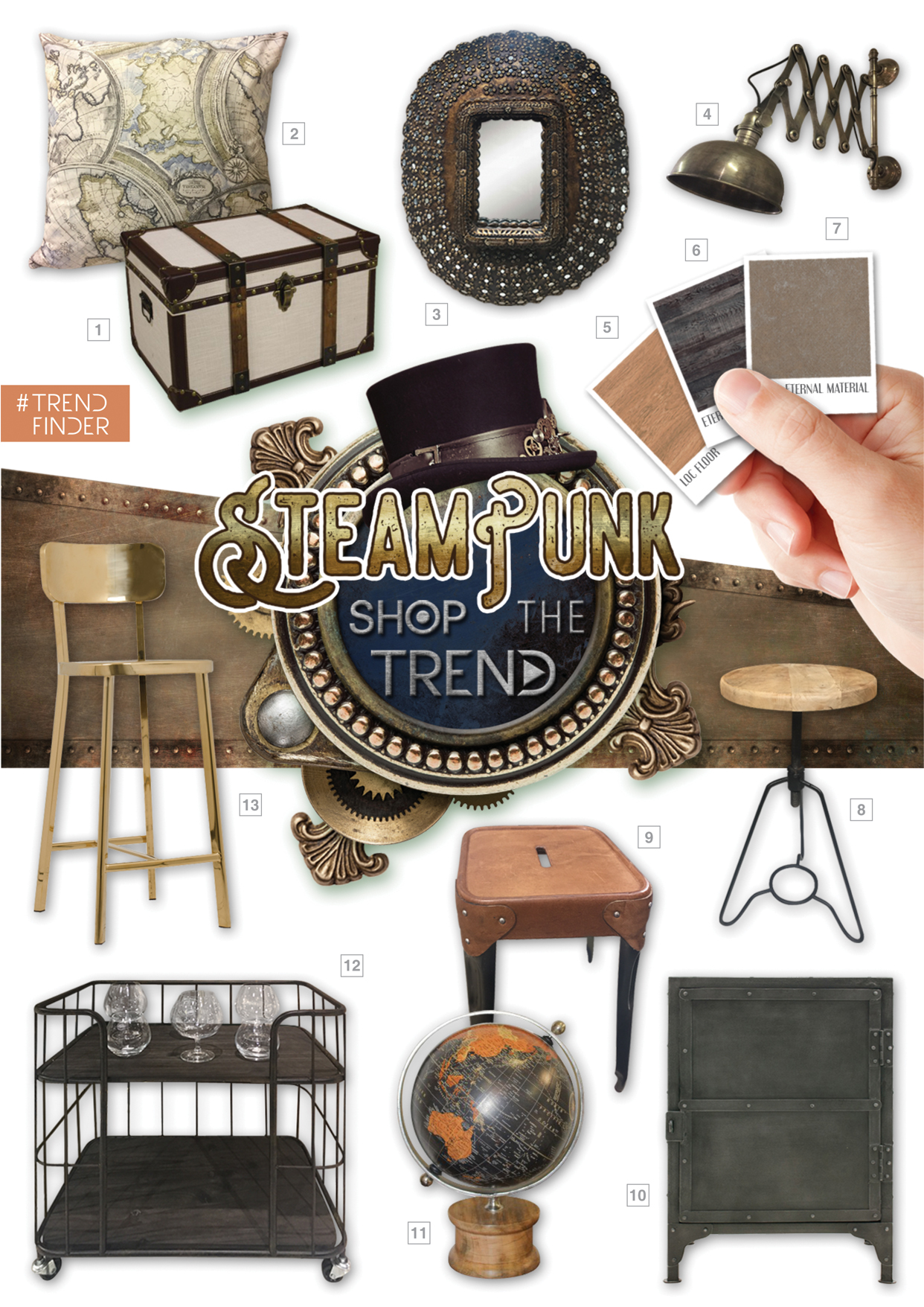 GOOD GROUNDING – The role of colour in education

THE PSYCHOLOGY OF COLOUR – A BRIGHT IDEA!